This morning I’m doing all final reports for IditaREAD 2018.  It’s been a motivating experience this year and I’m very happy to report that IDEA’s IditaREADers read and reported 317, 837 pages during our race season this March.  That’s marvelous!!

The most touching event during the race, for me, this year was the story of the oldest musher on the Iditarod trail, Jim Lanier, and a musher who he mentored, Scott Janssen.  Jim and his dogs were caught in the “blowhole” between White Mountain and Safety.  Jim’s dogs went off the trail. He realized it and attempted to get back but his sled was caught on a piece of driftwood that marked high tide. Scott Janssen’s dogs alerted him to something different on the trail and looked left.  Scott saw a fellow musher  and called out to him.    He worked together with Jim Lanier to free the dogs and sled… but then Jim’s dogs just were not moving.  At that time, both mushers were feeling the effects of the cold. Scott could have chosen to leave and let Jim tend to his dogs; however, Scott chose to stay with Jim until help arrived.  Click here for KTVA’s detailed story. It’s one for a movie!  Once help arrived, Scott, wanting further assurance that his friend was okay, flew with him to Nome by helicopter.  Scott Janssen, scratched.  The other mushers who completed the trail voted for Scott to receive the Iditarod’s Sportsman Award.

If you have any memories or insights you would like to share about your IditaREADer 2018 race. Please email sally.javier@ideafamilies.org.

We're not around right now. But you can send us an email and we'll get back to you, asap. 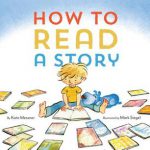